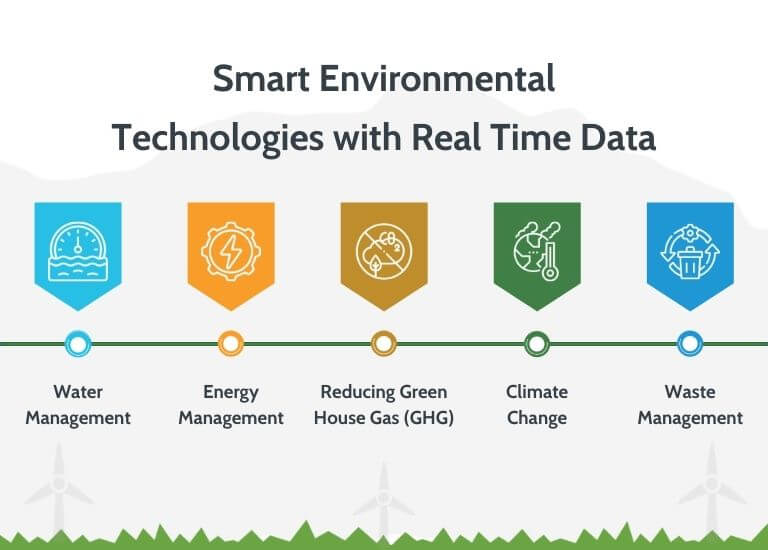 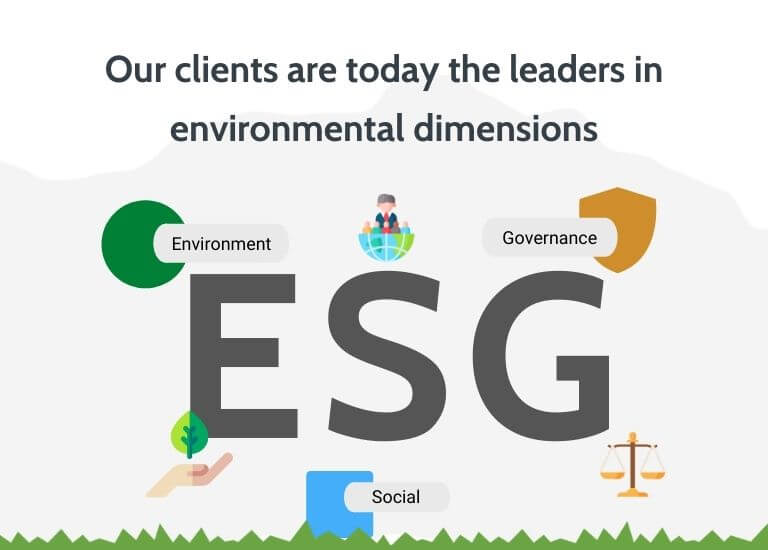 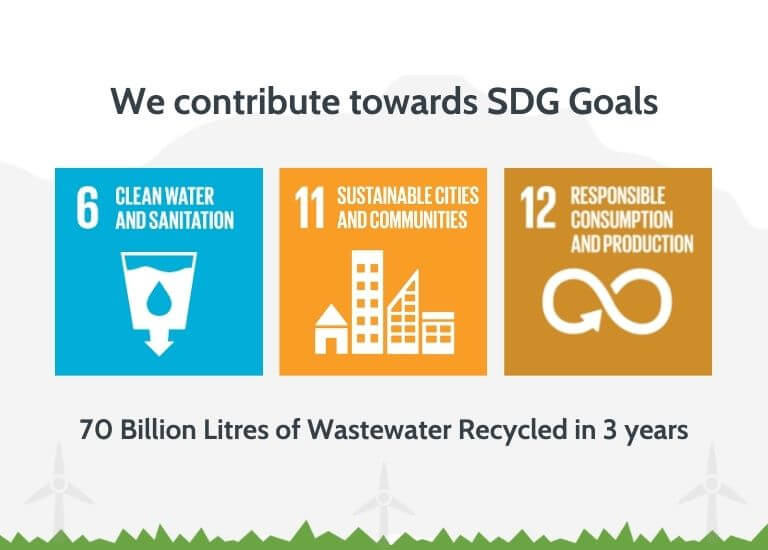 Recently, the Stockholm International Water Institute (SIWI) came out with an interesting observation that one third of the global population are unable to wash their hands with soap and water at home. Because one in three people still did not have access to clean water in their homes! All are aware that regular washing of hands is one of the simple but important precautions to be taken to safeguard ourselves from Covid 19 pandemic.

The fact that clean water still remains elusive for one third of global population challenges water agenda of ensuring ‘water and sanitation for all’ set under SDG 2030. Each one among the 17 targets in SDGs, the quintessential scheme to address the climate crisis while fighting poverty, socioeconomic inequalities and much more is linked to water in a way or other.

As per in SDG INDIA INDEX:2020-21 brought out by NITI Aayog SDG Index, Score for Goal 6 ranges between 54 and 100 for States and between 61 and 100 for UTs.
Goa and Lakshadweep are the top performers among the States and the UTs, respectively, having secured a score of 100.

Twenty-five States and six UTs bagged a position in the category of Front Runners with a score in the range of 65-99, two States and one Union Territory belonged in the Performers category. Although none of the State/UT fell behind in the Aspirants category (score:0-49). India is striving to accomplish water resilience and fulfilling the water agenda set under SDGs, in the next eight years. The world is also expecting a strong and greener recovery from COVID-19 in the next eight years for which water would play a crucial role.

Indian water challenge
Currently, 600 million Indians face high to extreme water stress and about two lakh people die every year due to inadequate access to safe water, according to the Composite Water Management Index (CWMI), prepared by the NITI Aayog.
Vulnerability to water worries is increasing year after year. India’s water worries include challenges such as water supply leakage, untreated sewage, effluent discharge, sea-level rise & salinity of water and groundwater depletion which is compelling the government to turn to new and innovative solutions. The ill-effects of the climate change such as unpredictable rainfall, flooding, droughts and other water-related shocks like land-slides are disrupting human life.
The report by the NITI Aayog further points out that by 2030, the country’s water demand is projected to be twice the available supply, implying severe water scarcity for hundreds of millions of people and an eventual 6% loss in the country’s GDP.
It is important to take note of the fact that excessive water or lack of water is causing such occurrences and achieving water resilience is important for survival as well as for sustainability.

The government of India is implementing a number of schemes to ensure water resilience, to mitigate the ill effects of climate change and achieve Sustainable Development Goal 6.
Jal Jeevan Mission, was launched on 15 August 2019 aims to provide safe and adequate drinking water through individual household tap connections by 2024 to all households in rural India. The programme will also implement source sustainability measures as mandatory elements, such as recharge and reuse through grey water management, water conservation, rain water harvesting. Under JJM Functional Household Tap Connection program aims to supply at least 55 liters of potable water to each person per day by building new pipelines and refurbishing existing networks. As on date 5,49,09,722 functional tap water connections have been provided under JJM. Jal Jeevan Mission (Urban) launched in April 2021 to provide piped water supply and tap connections to all households in cities with less than 100,000 population by March 2026.
Jal Shakti Abhiyan (JSA), which was launched in July, 2019 covering time bound actions in water conservation & rain water harvesting, renovation of water bodies/tanks, reuse of treated wastewater, watershed development and intensive afforestation. Atal Mission for Rejuvenation and Urban Transformation (AMRUT) under which sewer networks and water projects are being undertaken. AMRUT envisaged providing water connection to 13.9 million household in 500 cities.
The Pradhan Mantri Krishi Sinchayee Yojana (PMKSY), launched in July, 2015 with the motto of “Har Khet Ko Paani” is implemented to expand cultivated area with assured irrigation, reduce wastage of water and improve water use efficiency.
The Swachh Bharat Mission (SBM) was launched in 2014 to fulfil the vision of a cleaner India by 2 October 2019, as a tribute to Mahatma Gandhi on his 150th birth anniversary. The Mission comprises components such as the construction of individual household toilets, community and public toilets, and solid and liquid waste management etc. Over 10,60,14,926 household toilets were constructed under the project. Under the Swatch Bharat-urban scheme, which was launched with the message of clean air, clean water, clean land, 62.64 Lakhs household toilets and 6.2 lakhs community & public toilets has been constructed so far.

Mahatma Gandhi National Rural Employment Guarantee (MGNREG), the rural jobs scheme was launched in the year 2006. At least 60 per cent of the works undertaken under the scheme must be related to land and water conservation. Over the last 15 years, three crore assets related to water-conservation have been created with the potential to conserve more than 2,800 crore cubic metres of water. This comes to at least 50 water-related structures per village, There are 6lakhs villages in India Census 2011. These structures have potentially conserved at least 28,741 million cubic metres of water in the past 15 years. Given the number of water structures and making some assumptions, at least 18.9 million hectares are being irrigated. It may also be the world’s largest climate change adaptation scheme. The works have been divided into 10 broad categories like Watershed, Irrigation and Flood management works, Agricultural and Livestock related works, Fisheries and works in coastal areas and the Rural Drinking water and Sanitation related works.
Smarter ways for water resilience
Currently, technologies like Internet of Things (IoT) are getting deployed in India for intelligent and efficient management of water. Information and data sensors are used for optimizing resource use for water treatment, detect leakages, diagnose quality issues and proactively provide useful information for preventative maintenance of infrastructure.
The real-time data on water quality, flows, pressures and water levels, collected with the help of sensors are transmitted and processed through IoT come handy for improved longer-term planning for water utilities. 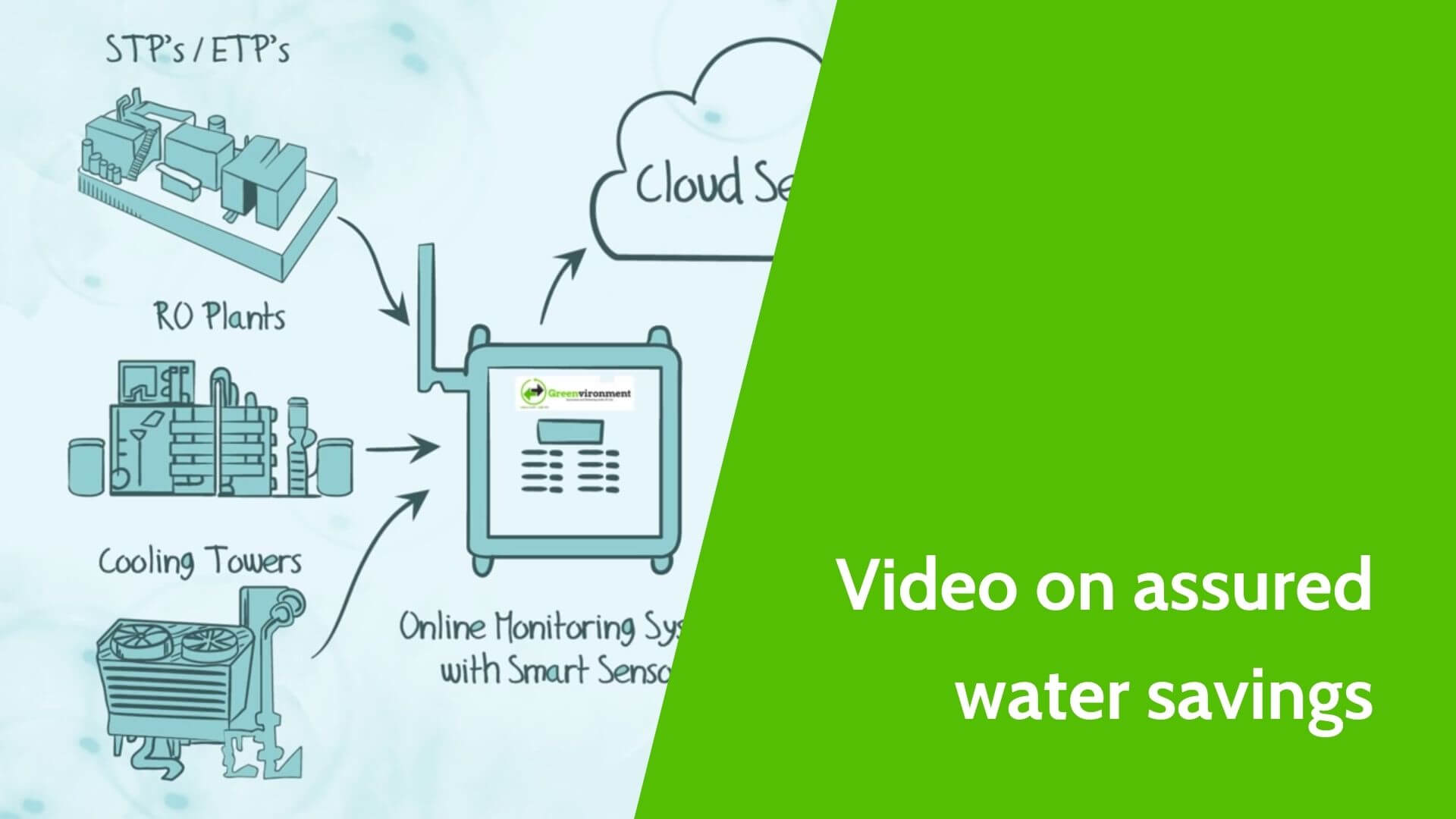 https://www.greenvironmentindia.com/solutions/
IoT based water and wastewater monitoring is getting special emphasis under JJM. National Jal Jeevan Mission in partnership with Ministry of Electronics & Information Technology (MeitY) had launched an ICT Grand Challenge in September, 2020 to create innovative, modular, and cost-effective solution to developing a ‘Smart Water Supply Measurement and Monitoring System’ to be deployed at the village level. In November, 2020 Greenvironmentindia’s Real Time Monitoring (RTM) system, which is IOT based has been selected for the prototype to deployment stage . Under the second phase, Greenvironmentindia’s RTM has been deployed in 25 locations in the states of Karnataka, Gujarat & Union Territory of Ladakh.