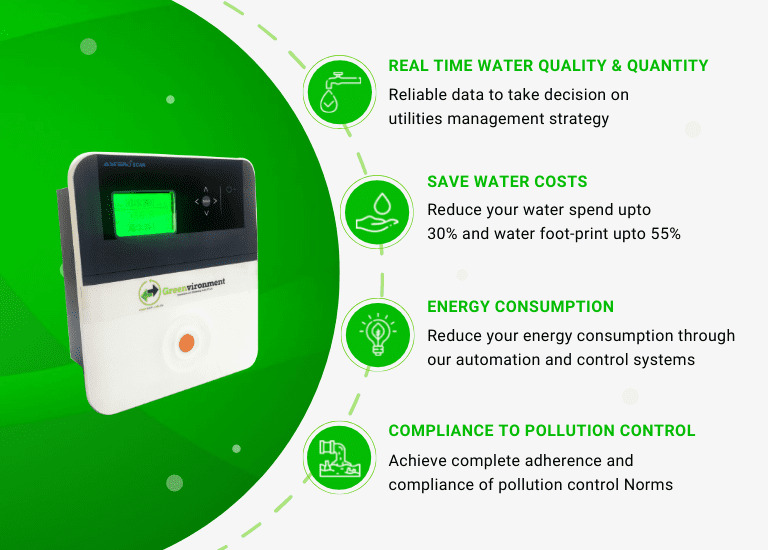 Nov , 2021 - In Case Studies‚ Industries By Digital Comment off

The water crisis today is very evident but this crisis is not about having less water to fulfil our demands. It is a crisis of badly managing water so that billions of people and the environment takes the suffer. Water consumption is usually measured using the concept known as “virtual water,” or the quantity of water needed to produce goods in any industries.

According to the World Water Council vision report, the tripling of the world’s population in the 21th century has increased the use of renewable water resources by six-fold. As stated,” The world’s population is expected to expand by another 40-50% over the next 50 years. This growth and increased industrialisation and urbanisation, is expected to result in an increasing demand for water.”

The global automotive industry is considered as a major consumer of water for their various production processes. According to some estimates, producing a bike/car uses over 30,000 – 39,000 gallons of water. Talking about the components’ manufacturing segment has their own usage of intensive water for various processes.

The consumption of water in any industries can be improved by analysing the behaviour, adjusting/ replacing the production with an overall water saving equipment for reduction in overall water consumption during the Manufacturing & most importantly improving the internal reuse. The internal reuse mostly focuses on treatment of wastewater to high standards in order to meet Environmental Regulations.

The Rane Madras is a manufacturer of steering and suspension systems located in Pondicherry which have a 100 KLD STP integrated with Real Time Monitoring. The STP is well maintained and the treated water is being reused for Gardening & Commercial area clean -up. This has been made possible solely by the decision to implement Real time Monitoring for the Recycle water Management in 2019.

This Manufacturing Industry faced a multitude of challenges with respect to wastewater management prior to the implementation of Real Time monitoring. The Sewage Treatment Plant, which was following an MBBR process was not operated properly, which led to poor quality of treated water and raised major concerns among the user. This had increased the dependency on fresh water in the industry.

In November, 2019, Rane Madras, Puducherry decided to monitor and improve the operation of the STP by implementing Smart Recycle Management system with the help of Real-Time Monitoring. Real-Time Monitoring system comprises real time data collection, analysis and control tools using Internet of Things (IoT) and a full array of smart sensors. Using analytics, the system identifies potential issues and helps in proactive decision making to further improve the reliability and the performance of a plant.

After continuous monitoring and discussion with the management team steps were taken to Improve the wastewater treatment process. In the beginning, the collection tank was cleaned to remove the suspended dead sludge and air pipeline was provided to the tank to avoid the septicity of the raw sewage. The MBBR Process tank was eliminated and Extended Aeration process was introduced [SN1] with proper guidelines to operate the Plant most efficiently. For the transfer and recirculation of sludge from the Settling tank/ Return activated sludge tank, Airlift system was installed & the sludge was transferred to Collection tank to maintain the BOD in the Aeration tank. The health and life cycle of Filter media were further improved with the implementation of backwash of filters using Treated water instead of Filter feed water. The changes showed significant improvement in quality of Treated water & improved the plant efficiency. As a result, shown in below graph, the Turbidity of the treated water [SN2] was drastically reduced over the period of operation.

NOTE: Overall Reduction in Turbidity (NTU) of the treated water

With the implementation of online dosing system for chlorination post filtration as shown in below graph, the disinfection efficiency of the treated water has been maintained between 100 – 200 mV and that provides an indication for safe reuse of the treated water for Gardening.

As the Water Quality improved at the site, the overall treatment efficiency based on the quality & Quantity of treatment has also improved. Rane Madras now had the Confidence to reuse their STP treated Water for Backwash of the filters and for Gardening & common area clean up. Internal reuse of wastewater is a valuable method to meet the current environmental standards and save on energy and operation, as well as maintenance costs.

The Current Focus on the treatment is to reuse the treated water for Toilet Flushing at the industry. Based on the treatment and the usage patten of the Rane Madras site, an excess of 40kl water is available for regular usage for flushing. The Management Team of Rane Madras is keen & regularly monitoring the water usage pattern of the industry to implement changes that will ultimately help them in reduction in fresh water usage.

Previous Amid flood, drought and pollution, Real Time Monitoring of water gets momentum Next The Great Indian Opportunity for Water Reuse

At Greenvironment, we’re solving the world’s most important problems with talented professionals who work with passion to change the world.